Dennis C. Miller, the President of Dennis C. Miller Associates, Inc., is a nationally recognized strategic leadership coach and executive search consultant with more than thirty-five years of experience working with nonprofit board leadership and chief executives across the country. Dennis is also an expert in board governance, leadership development, philanthropy and succession planning. In addition, he is a sought-after motivational speaker, retreat facilitator and leadership performance coach. Dennis’ experience working with hundreds of nonprofit organizations has provided him with the knowledge and insights to understand the competencies required of today’s nonprofit leadership.

As the former president and chief executive office of Somerset Medical Center and Foundation in New Jersey, his reputation as a respected healthcare executive resulted in numerous honors, including the status of Fellow in the American College of Health Executives. He has served as a member of the Board of Trustees for the New Jersey Council of Teaching Hospitals, Chaired the Board of Trustees for the Center for Health Affairs, Inc. in Princeton and received his Fellowship in the American College of Healthcare Executives. Dennis obtained his undergraduate degree from Rutgers University and a master’s degree in Public Health Administration from Columbia University’s Mailman School of Public Health.

Passionate about leadership and governance, Dennis is the Founder of the Center for
Excellence in Leadership, Governance and Philanthropy at Fairleigh Dickinson University and served as their Executive Director from 2012-2016. Dennis was the Chair of the highly successful “Profiles in Excellence” capital campaign for St. Joseph’s Regional High School in Montvale, NJ, was the board chair of their Board of Trustees and was recently elected into the Green Knights Hall of Fame.

Dennis is the author of four books on nonprofit organization success: A Guide to Achieving New Heights: The Four Pillars of Successful Nonprofit Leadership; The Nonprofit Board Therapist: A Guide to Unlocking Your Organization’s True Potential; and The Power of Strategic Alignment: A Guide to Energizing Leadership and Maximizing Potential in Today’s Nonprofit Organizations, and his new book, A Guide to Recruiting Your Next CEO: The Executive Search Handbook for Nonprofit Boards. With his fifth book, Moppin’ Floors to CEO: From Hopelessness and Failure to Happiness and Success, Dennis mixes together the right ingredients for an engaging, illuminating and compelling autobiography: a gut-honest recount of his highly eventful life; lots of engaging stories; and some valuable life lessons. Dennis shows up how anyone, including a troubled kid from New Jersey, can overcome seemingly insurmountable obstacles, make it to the top and live a happy and fulfilling life.

Dennis was recently appointed to serve on the Editorial Advisory Board of NonProfit Pro, the go to source for nonprofit leadership and strategy. www.nonprofitpro.com

Michele Hickey, Executive Vice President, is integral to all aspects of the firm’s operations and client services, including executive search services, leadership education programming, nonprofit organizational assessment, and communications and marketing. She brings to the firm more than 25 years of experience as a nonprofit professional and has partnered and collaborated with Dennis C. Miller on client projects since its founding in 2005. According to Dennis, “Michele is the reason our firm’s growth and success has been made possible. She’s incredibly talented and enthusiastic and has been a tremendous asset to myself and our clients.”

Michele has an M.S. in Professional and Technical Communication from NJIT, an M.A. in Nonprofit Management from the New School University, and a B.A. in Business from Rutgers University. She is a regular article contributor to CharityChannel.com, an online community serving the philanthropic sector. Michele was also the editor for Dennis’s most recent book, A Guide to Recruiting Your Next CEO: The Executive Search Handbook for Nonprofit Boards.

Joseph F. Duffy is an award-winning author and retired President of Catholic Charities in the Diocese of Paterson, New Jersey, an organization that serves nearly 70,000 people annually. Joe has over 40 years of nonprofit and for-profit board member experience both locally and nationally including being an officer and committee chair. He is also a peer reviewer for the Council on Accreditation (COA) conducting reviews across the US and Canada. Prior to his work at Catholic Charities, Joe worked for 21 years at St. Joseph’s Regional Medical Center in Paterson where he served as Vice President for Ambulatory and Long-Term Care. Joe has also served as Executive Director of Straight & Narrow, Inc., the largest comprehensive drug and alcohol treatment program in New Jersey.

Joe taught as an adjunct faculty member at Ramapo College of New Jersey and the College of St. Elizabeth on both the graduate and undergraduate level and has served as a field instructor for Ramapo College, Farleigh Dickinson, Rutgers, Fordham, William Paterson and Montclair State Universities, Bethlehem University (Palestine), and the University of Pittsburgh. He has served on nonprofit boards locally and nationally, and as Board President of Catholic Family and Community Services, Catholic Charities’ Department for Persons with Disabilities, and Straight & Narrow.

Joe volunteers as an expert for Catholic Relief Services’ USAID-funded Farmer to Farmer program, traveling to Africa to provide board and management training to agriculture businesses. He is also a peer reviewer for the Council on Accreditation (COA), traveling throughout the U.S. and Canada as a peer review team member conducting accreditation visits for human service organizations. Joe and his wife Carolyn are volunteer puppy raisers for the Seeing Eye Foundation in Morristown, New Jersey.

Joe holds master’s degrees from Regis University (nonprofit management), Rutgers University (public administration), Seton Hall University (rehabilitation counseling), and William Paterson University (special education). His bachelor’s degree in sociology is from Seton Hall University. He is a member of Alpha Sigma Nu, the Jesuit National Honor Society. In 2008 Joe received an honorary Doctor of Laws degree from the College of St. Elizabeth in Convent Station, and in 2011 he received the United Way’s Cornerstone Award for outstanding community service. In 2012 Joe was recognized by Catholic Relief Services as an outstanding Diocesan Director. He received a Lifetime Caring Award from HomeCare Options in 2015 and was selected as Person of the Year by Catholic Charities’ Department for Persons with Disabilities in 2017.

While President of Catholic Charities, Joe developed a legislative advocacy manual that has been made available to parishes and schools. He is well known for his legislative advocacy work concerning issues affecting the poor both locally and nationally. Joe’s motivation to write Being a Supervisor 1.0: A Handbook for the New, Aspiring, and Experienced Supervisor comes from the many times when, while working with first time and inexperienced supervisors, he had to pull from multiple resources to provide them training materials.

Susan is a trusted coalition builder and has organized events that bring together government officials and diverse organizations across the globe. She has been appointed to serve on several government and nonprofit boards. She has served as Commissioner of the Union County Board of Taxation, on the Center for Effective Philanthropy Advisory Board, the Union County College Board of Governors, the Summit NJ Board of Education, and as Co-chair of the Summit Mayor’s Forum for Diversity. She made history in November 2019 when she was elected as the City of Summit’s first African American Council member.

After graduating from the University of Pittsburgh, Susan earned a Master of Public Administration degree from Seton Hall University. She is an Ascent Fellow from Dartmouth’s Tuck School of Business. Before consulting, Susan directed Grants Management at the JPB Foundation, a $4 Billion asset national foundation that focuses on transformational initiatives that impact people in poverty, sustain the environment and enable medical research. Prior to her work at JPB Foundation, Susan directed the Ford Foundation’s $450 million annual grant-making operations team.

Susan has received several awards including the Tri-City NAACP Humanitarian and Community Service Award, Summit’s Good Scouts Award, and the MLK Keeper of the Dream Award.

Gregory Nielsen is President and CEO of Nielsen Training & Consulting, LLC. He is an experienced nonprofit CEO and consultant committed to helping leaders and organizations excel. He is a frequent public speaker on nonprofit leadership and governance.

Gregory previously served as CEO of the Center of Nonprofit Excellence (CNPE), expanding the reach of the organization to serve more than 500 nonprofit organizations through consulting and professional development. During this time, Gregory also helped launch Destination:Excellence, a 6 month leadership development program for nonprofit executives and Circles of Excellence, a peer-to-peer learning program for nonprofit leaders. The growth and accomplishments of CNPE under his leadership were recognized locally and nationally, and the organization was honored with awards from the Better Business Bureau for Ethics and the Louisville Urban League for championing diversity.

Gregory joined CNPE with more than a decade of experience in the public, private, and nonprofit sectors. Prior to joining CNPE, he was the Executive Director for Green Hill Therapy, a nonprofit specializing in rehabilitative care for children with special needs and a Vice President with Bank of America.

Gregory is a military veteran, having previously served as an officer and attorney in the United States Army Judge Advocate General’s Corps. He holds a Bachelor of Arts Degree in Government and International Relations from the University of Notre Dame and a Juris Doctorate from Notre Dame Law School. In 2016, Gregory was named a “40 Under 40” honoree by Louisville Business First publication.

With over 30 years of experience in both the corporate world and the public sector, Debbie has an extensive knowledge in all administrative tasks, including database management and event planning. She has a proven track record of executive support and customer service.

A lifetime New Jersey resident, Debbie earned an associate degree in Business Administration from Bergen Community College while working full-time in New York City. Her work ethic and superior support resulted in her being promoted several times, eventually working for the Managing Director of a large mergers and acquisitions department.

After leaving the high pressure world of corporate America, Debbie took some time off to start a family. She returned to work as an Administrative Assistant for a financial planner for more than 10 years – again being promoted several times to the position of Director of Operations.

Now that her girls are young adults, you will find her in the guidance office of a magnet high school, dealing with all of the administrative details that will help young people navigate the four years of high school.

When she’s not working, you will catch Debbie watching a Mets game or in the kitchen baking up a storm.

A Guide to Recruiting Your Next CEO: The Executive Search Handbook for Nonprofit Boards

Moppin’ Floors to CEO: From Hopelessness and Failure to Happiness and Success

The Power of Strategic Alignment: A Guide to Energizing Leadership and Maximizing Potential in Today’s Nonprofit Organizations

The Nonprofit Board Therapist: A Guide to Unlocking Your Organization’s True Potential

A Guide to Achieving New Heights: The Four Pillars of Successful Nonprofit Leadership

© 2020 All rights reserved. Dennis C. Miller Inc. United States of America.
Do NOT follow this link or you will be banned from the site!

Our Commitment To You, Our True Heroes. 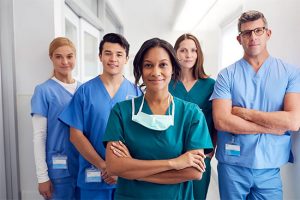 We are all in this together. You are not alone. During the entire month of April, Dennis will offer a free consultation of 30 minutes to nonprofit executive leaders or nonprofit board members who have any questions on how best to proceed during the coronavirus pandemic. Please contact Dennis at dennis@denniscmiller.com with your question and best dates/times to speak.