The Patient Protection and Affordable Care Act (ACA) was signed into law in 2010 by former President Obama after the Democratic party passed the law along party lines with not one Republican vote in Congress. This historic legislation, a top priority of President Obama’s first term, enabled twenty million more Americans to be covered by healthcare insurance. Even those individuals who had a pre-existing medical condition would now be covered under the ACA. The private insurance market in some states, like California, could no longer deny coverage because of previous medical history. To gain the support of the private health insurance companies, the ACA promised millions of additional new enrollees to spread the financial risk. This “mandate” to purchase health insurance came with a penalty to those who did not purchase insurance.

The ACA was based on former Republican Massachusetts Governor Mitt Romney’s healthcare reform plan that relied on the private healthcare insurance marketplace to ensure that all state residents would receive affordable quality healthcare.

The Republican party in Congress voted numerous times to “repeal and replace” this law without ever presenting a “replace” model. During the 2016 election, now-President Trump revved up his crowds at every campaign stop that he was going to “repeal and replace” the law once he was elected into office. Now that he has been elected President, the promise to “repeal” Obamacare is the top priority of the Republican-led Congress. Some legislators just want to “repeal” the law while others want to “replace” it at the same time. They all, however, just want “Obamacare” gone.

Statements like, “We just need to get rid of Obamacare and restore the patient and physician relationship,” or, “We need to get the government out of healthcare,” have been proclaimed by politicians across the country. President Trump even claims that if we could allow healthcare insurance companies to “compete” across state lines, we would lower the cost of healthcare. Speaker Paul Ryan recently stated that “Obamacare has destroyed the American healthcare system.”

As a former healthcare executive for nearly thirty years, I felt it was time to encourage a more honest dialogue about health reform. During my executive career, I had to deal with numerous attempts by the government to reduce the cost of healthcare, including certificate of need laws, and health maintenance organizations (HMO’s), to name a few. Managed Care was intended to be a healthcare delivery system to manage cost, utilization and quality. The term “managed care” soon developed into a negative term – similar to what “Obamacare” has become. Neither attempt at reform had much success in reducing the cost of healthcare delivery in America.

Let’s take a few moments to focus on the issues:

The ACA was a law to reform healthcare insurance and not a law to reform the healthcare delivery system. Everyone talks as if Obamacare and healthcare are the same and they’re not. I’m sure that if Speaker Ryan was admitted to the Mayo Clinic for medical care, he would surely realize that the world-class health facility was not devastated by Obamacare.

Insurance works on the concept of “risk spreading.” One of the law’s most unpopular components is the “mandate” that every individual has to purchase insurance. With the ACA, if all insurance companies were required to cover those with previous illnesses, they wanted the government to promise they would be able to “spread their financial risk” by enrolling millions of healthy, younger Americans.

“We need to stop the government takeover of healthcare and return the patient to physician relationship.” How ironic is it that the one health care payor who interferes the least in the physician and patient relationship is Medicare, a government program for older Americans (like me)? Ask any physician or medical office and they will tell you that Medicare rarely interferes with the physician from ordering tests or providing any level of care determined by the physician to be medically appropriate.

The “interference” that everyone talks about comes from the private insurance marketplace because the businesses and corporations who purchase health insurance for their employees and dependents are requesting lower premiums. The lower the claims, the lower the premiums, the lower the premiums, the lower the corporate expense for healthcare. The private insurance market has contributed a great deal of value to the healthcare consumer through the negotiation of lower provider rates. However, I wish politicians who claim that Obamacare has interfered with the physician-patient relationship would stop making such false statements.

The idea floated by the Trump administration is to allow health care insurance companies to sell insurance across state lines. Their argument is that if we could have more competition in the marketplace, we would have less costly premiums. It sounds good, but this does not translate to the healthcare insurance marketplace. Premiums are determined by paid claims. If an insurance carrier from the Midwest for example with lower premiums wants to compete in another marketplace like New York, they will lose money unless they increase their premiums to reflect the higher claim costs in New York.

If it were easy to “replace” Obamacare, the Republicans in Congress would have passed it years ago. The ACA was based on a large infusion of funds from the national budget to help individuals afford the cost of healthcare premiums. The idea that “tax credits” will replace government spending can only work when individuals and families can afford to purchase health insurance in the marketplace. Offering tax credits to those unable to afford to purchase insurance is like offering someone a “gas credit” to buy gasoline when they cannot afford to purchase a car.

So how do we create a national healthcare delivery system that is of high quality, affordable and accessible for all Americans that need care? Here are my recommendations for reforming our healthcare system:

1. Pay physicians, hospitals, outpatient facilities, etc., for keeping patients healthy rather than treating them when they’re sick. Healthcare providers will compete for agreed upon payments for keeping their enrollees healthy and no longer generate revenue by performing procedures.

2. Eliminate, or alter, the employer-based system of purchasing insurance. The main reason Americans have their health insurance from their employer is because during World War II, the National War Labor Board froze wages. Offering benefits like health insurance was a way to get around the law to keep attracting and retaining scarce employees. If employers would agree to increase employee salaries by the total amount they are currently paying for the health benefits, both sides would benefit. Employee salaries would dramatically increase and the employer burden of providing health care insurance would be eliminated. The culture of Americans expecting someone else to pay for their healthcare removes their responsibility for improving their own health. We all need to assume responsibility for our health.

3. Avoid the highly expensive malpractice cost of physicians and providers by establishing clinical best practices. If a physician or nurse practices per clinical best practices, lawsuits could be greatly reduced and we would eliminate billions of dollars of ordering so many unnecessary tests. The need for “defensive medicine” would cease.

4. Consider a law that makes Medicare the provider of health coverage for all Americans, with co-payments based on individual income and/or employer direct contributions, like a pension plan. Everyone will need to contribute to pay for a national Medicare system for all, but with higher salaries and less interference in the physician patient relationship, everyone will benefit.

5. Eliminate the Medicaid program currently funded by both the federal government and states. Since most physicians don’t accept Medicaid patients, this would dramatically increase access to high quality medical care for all, especially the poor and underserved. Incorporate the funding for the Medicaid program into the Medicare program for all.

While in some industries, the addition of technology has eliminated the need for labor costs, in the healthcare industry, new technology requires additional labor and prices go up. Competition in a marketplace often drives down prices, but again, in the healthcare field, prices go up. Everyone needs to have the latest technology and spends millions of dollars marketing how they are better than other providers. The last time I looked, not a single positive patient healthcare outcome was achieved with the millions of dollars spent on marketing and promotion of providers and facilities.

America has the best trained doctors, nurses, and other health professionals in the world. Most of the wealthiest people in the world travel to our country to have their medical care. But our system of delivering healthcare to all is very expensive and produces few positive health outcomes compared to other countries. The World Health Organization ranks the United States dead last on quality, access, efficiency, and equity, and ranks America as having one of the world’s worst scores on matters related to healthy lives – mortality rates for adults, infant mortality rates, and healthy life expectancy. The major difference of our healthcare system compared to all other countries is the absence of universal health insurance coverage and access to care.

By creating unique partnerships between consumers, healthcare providers and government, we can create a system that produces high quality patient outcomes with less administrative costs. We need to encourage Americans to seek preventive care, which is the most cost-effective approach compared to our current practice of treating diseases in late stage development, which are extremely expensive and produce less positive patient outcomes.

By developing a healthcare delivery system that rewards providers for keeping people healthy and by developing a national goal of being the best in the world for healthcare outcomes, like our previous commitment to be the first country to put a man on the moon, we will finally be able to measure and evaluate the return on our investment in healthcare delivery. Instead of politicians spending their time talking about “cutting entitlements, “we can transition our discussion about “repeal and replace” with promoting how our great country produces world-class patient outcomes at the lowest cost possible. At that point we can continue to attract the best and the brightest men and women to pursue careers in medicine, nursing, and all forms of healthcare delivery.

Dennis C. Miller is a nationally recognized strategic leadership coach with over 35 years of experience. As the former president & CEO of Somerset Medical Center and Healthcare Foundation in New Jersey, he obtained the highest professional distinction of Fellow in the American College of Healthcare Executives and earned numerous awards during his career. A graduate of Columbia University’s Mailman School of Public Health, Dennis now works with leaders of nonprofit organizations who want a more motivated and cohesive board, inspirational leadership, and a more engaged strategic vision with greater levels of achievement and measurable results. He can be reached at dennis@173.231.245.159 and www.denniscmiller.com. 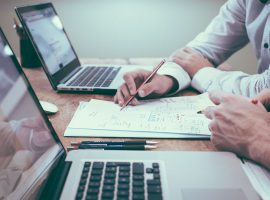 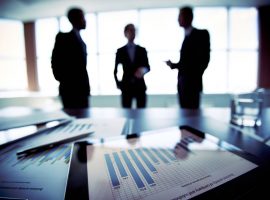 What is the Role of a Nonprofit Board for High Performance? 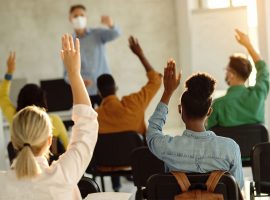 The Importance of Nonprofit Leadership Training 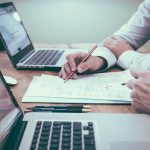 What is the Role of a Nonprofit Board for High Performance?

The Importance of Nonprofit Leadership Training

5 Tips to Promote Growth for Your Nonprofit